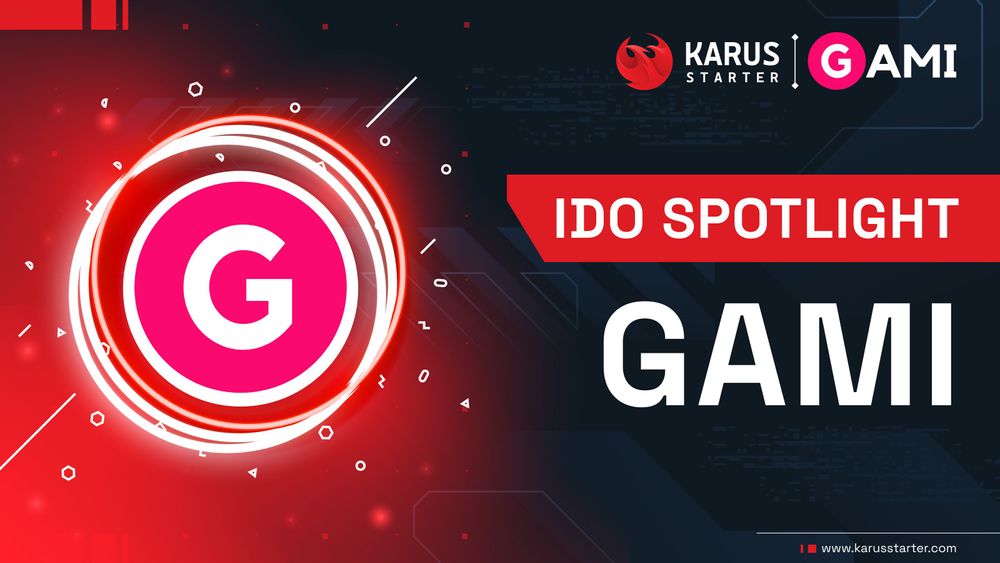 Karus Starter is thrilled to announce and feature yet another gamefi IDO: GAMI, a play-to-earn blockchain based gaming studio, leveraging AR, VR and NFT technologies to give gamers the ultimate playing experience and reward them for their enjoyment.

Karus Starter is thrilled to announce and feature yet another gamefi IDO: GAMI, a play-to-earn blockchain based gaming studio, leveraging AR, VR and NFT technologies to give gamers the ultimate playing experience and reward them for their enjoyment.

The GAMI world will launch with two epic games: Knockout Wars and Last Warriors. The former will launch at the end of the month, and will be a full on immersive battle experience on mobile using AR. Battle one on one or team vs team in a fast action fireball frenzy match, earning booty and winning victory for your Empire! Last Warriors, which will launch not long after, will be a fast-paced close combat fighting game with weapons of your choice using AR. Battle against players around the world, enter tournaments and taste victory as you earn and bring glory to your Empire!

All in-game assets will be in the form of BEP-721 NFTs, which gamers can trade via an NFT marketplace. In-game NFTs will have different levels of scarcity, the rare & limited edition NFTs will be sought after prizes to own! The most valuable NFT will be the character, as it will accrue value (points) through its attained Skills, Social Influence (inviting others to join the game) and in-game DAO influence. The more points the character attains the more power it has to earn in the battle pools.

The team believes player enjoyment should have value as they develop their character and empower him/her with the best skills, weapons & armor (NFTs) to earn the most tokens from battle pools. As characters gain skills, weapons & armor, their NFTs will have greater importance & value to the empire. As the character climbs up in rank, the more powerful it becomes and in turn, earns the player more tokens from the battle pools.

Gamers staking their GAMI tokens will enjoy NFT airdrops on top of their voting rights. Up to 2% of the total GAM tokens will be set aside to reward liquidity providers. They will be able to stake their LP tokens to earn GAMI tokens based on a variable APY.

A project is only as strong as its community and the team wants to ensure the community has a voice and a say in the direction the platform takes. Each community member that stakes their Gami token will have a voice that can be expressed through votes on the future decisions of the platform. The structuring of the DAO will be developed over time in conjunction with the community. The team will also take the DAO concept into the game, allowing empires to become DAOs (with their own treasury). Whoever stakes their Gami token qualifies to join their given DAO and vote in strategic decisions to further the expansion and dominance of their empire (DAO) over others.

GAMI is a play-to-earn blockchain based gaming studio, leveraging AR, VR and NFT technologies to give gamers the ultimate playing experiences and rewarding them for their enjoyment.

Karus Starter, an innovative multi chain launchpad, is built to provide early-stage support and public funding for projects building on Substrate and beyond. Karus Starter’s incubator-modeled launchpad is driven by the community and shared values of fairness, transparency, and decentralized organization. Unique to the KST ecosystem, community members are incentivized to participate in the pre IDO selection process through higher allocation rewards. Also unique to Karus Starter, collaboration is fostered among launched projects by incentivizing community members to support previous launches by awarding them with improved lottery odds. This along with the KST Ecosystem Council generates a synergistic network effect that empowers all projects to succeed and leave a lasting impact across blockchains.